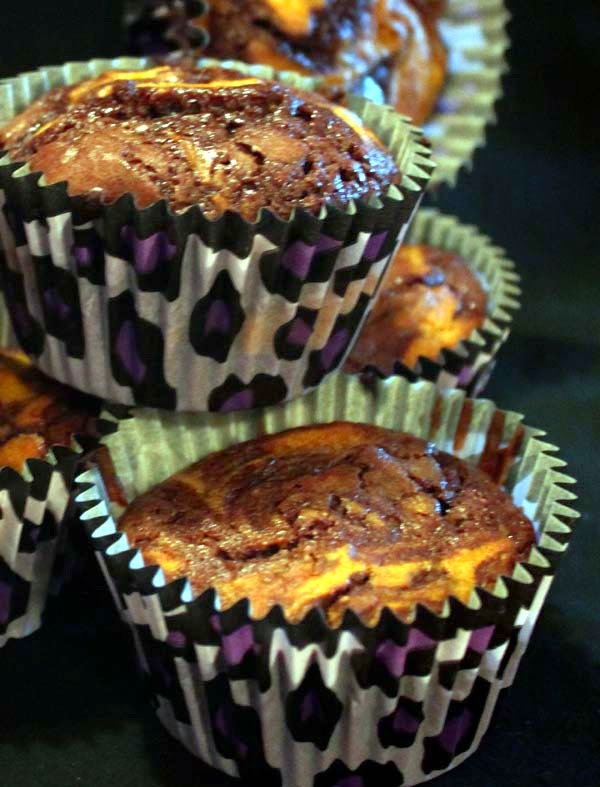 Treats and desserts with pumpkin are fantastic for fall seasons. Here's a great recipe mixing pumpkin with any brownie mix, be it homemade from scratch or store-bought. The recipe below is for store-bought or ready-made brownie mix of any brand. You pick the best one for you.

For the Brownie:
For the Pumpkin Filling:

In a medium mixing bowl, beat cream cheese and butter with an electric mixer on medium to high speed for 30 seconds. Add sugar.

Prepare brownie mix according to instructions and pour into cupcake tins. Drop spoonfuls of pumpkin mixture into brownie batter, marble and swirl the filling and brownie mix together using a toothpick or a fork.

Bake according to brownie box directions. Allow to cool before serving.